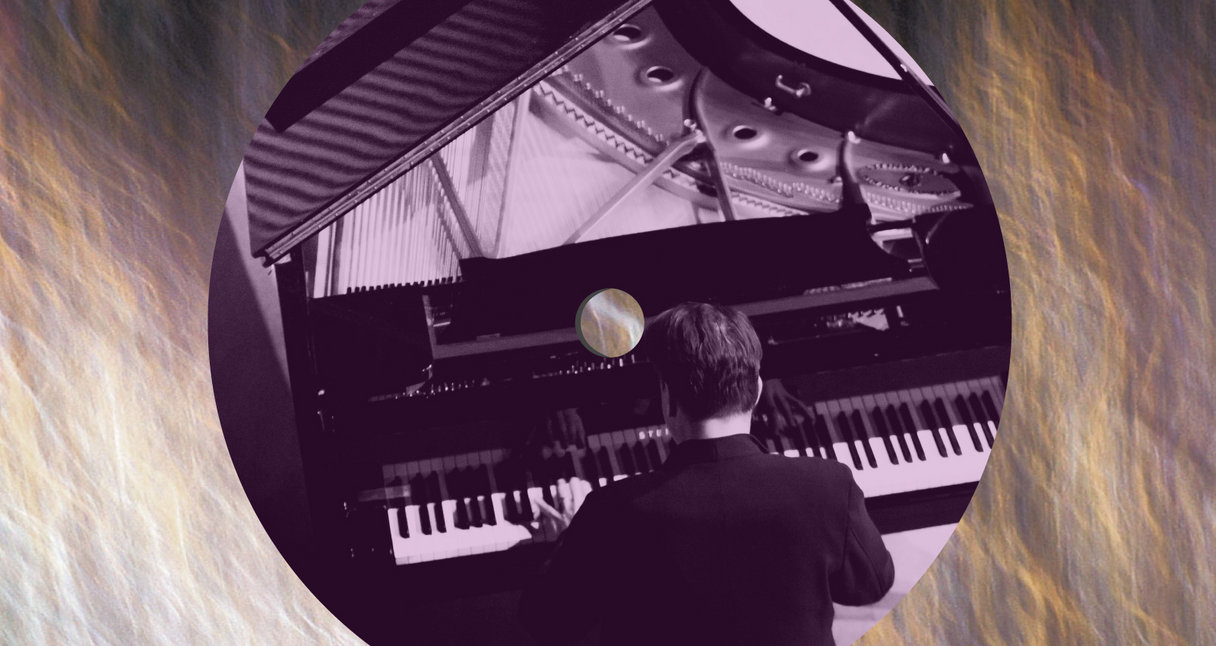 One of the finest sources of contemporary classical music is the Red shift label. Based in Vancouver, British Columbia, Redshift focuses on contemporary Canadian composers and musicians. There are also excellent recordings of works by Philip Glass, Steve Reich and other notable post-war composers that set the context for the label’s style.

The label, run by composer Jordan Nobles, is the offspring of Redshift Music, a concert series that Nobles and fellow composer Mark Takeshi McGregor founded in Vancouver in 2001. With a grant from the Canada Council for the Arts, Redshift has released recordings of two of the early gigs, “and then things started to snowball,” Nobles says.

At the heart of the label is Canada and multiple styles that span minimalism and post-minimalism, acoustic instruments mixed with electronic processing, ambient aesthetics and rock guitar. Each release bears the hallmark of the label’s goal, to showcase the breadth of musical thought across this huge country, music full of ideas expressed through intimate sound.

Here are the best Redshift releases on Bandcamp.

Instruments of Happiness is not just a new music ensemble, but an all-electric guitar band that helps songwriters expand the repertoire of what might be the most popular instrument in the world. For their third album, the group asked four composers for pieces of exactly 14 minutes, intended to be played with the guitars “far, far away in a big reverberant space”. The results work through the sonic possibilities of the instrument, from grating and metallic music to spacious and haunting ambience.

This album was inspired by flautist Bortolussi’s undergraduate studies where he first heard his teacher practice the magnificent title piece for flute and tape. Other songs on this album combine the flute with live, interactive electronics, which twist, turn and distort Bortolussi’s floating sound. While “Krishna’s Flute” is a poetic narrative, other pieces are mysterious and evocative, including “NoaNoa” by Kaija Saariaho. This album is an excellent example of contemporary reflection on the flute, electronics and signal processing, played by an excellent musician.

Standing Wave is a cutting-edge chamber band that not only commissions new music, but has also created its own interactive mobile phone app. This much-loved 2017 album is built around a fine selection of 21st century compositions. Their playing here is colorful, precise, expressive and full of a driving energy that gives it a bit of urgency.

Two impressive new music ensembles have come together to produce this exceptional album of modern repertoire. There are atmospheric pieces by young composers, but what stands out from the speakers are the bookends. An exhilarating and gripping performance by Steve Reich’s Double Sextet, and the determination of the strength of Louis Andriessen’s “Worker’s Union”. These two pieces are among the best versions of these pieces ever recorded.

John Cage and other composers established the toy piano as an important niche in modern musical creation, enough that an organization like the Toronto Toy piano composers exist. Instrumentation involves a sense of pleasure, and this band and the album bring that to the fore, starting with the opening track, which joins the acoustic instruments to the Fisher-Price Laughter and Learning toy and a toy piano. More than a novelty, the instrument and the reflection that surrounds it can be as rich as it is delicate, and the breadth of the music on this album shows that it can be a serious tool.

Canadian composer Jordan Nobles is the main figure in Redshift and an accomplished musician in his own right. He has several releases on the label that trace the development of his craft as a composer, but this unique extended work, for a solo electric guitarist, resembles the personal essence of his musical creation. There are brief melodies and musical statements, and they seem as much to map out space and situate the musician’s place in the acoustics as they do to explore a mood or tell a story. A bewitching disc that falls into the dimension between composition, improvisation and ambient music.

Harpist Schwarzkopf is a dazzling player, with total mastery of articulation, dynamics and rhythm, and the music here is equally sparkling. This Juno-winning album sparkles with the resonance of her harp and the vibraphones of two percussionists. by Cecilia Livingstone Garden is bursting with those instrumental colors, and other tracks on the album show the sheer power of the harp, and some of the wonderful extended techniques that a musician like Schwarzkopf can master.

Philip Glass Studies for piano is a modern masterpiece that has captivated some of the best pianists on the planet, who have recorded it more than a dozen times. As Leslie Dala recounts in the liner noteshe bought himself a copy of the Etudes as a 49th birthday present and vowed to learn music at the age of 50. A few months later, he was isolating himself because of the Covid-19 pandemic and digging in the Studiesthe music becoming, for him, “a kind of meditation and soundtrack” for 2020. And that’s what makes this album special, the personal and exalted quality of the playing, the feeling that every moment is meaningful.

Although a recent release, the music on this album was recorded several years ago at two concerts. The title of the album comes from by Hans Abrahamsen Schnee, another contemporary masterpiece. The album opens with another superb contemporary work, by Bent Sorensen Sirenengebloodan equally seductive construction of Calder-like phrases and sounds that glides calmly around and past the listener.

Another classic from Redshift’s discography, this album features the superb ensemble Contact, playing the music of composer Allison Cameron. If minimalism is an undercurrent to the Redshift aesthetic, it’s certainly a foundation here, as much of the music is built around repeating phrases and seductive harmonies. On top of that, there’s a myriad of nuances and moods, ranging from soft and devotional to touches of torch singing and spoken word homage to the late great opera composer Robert Ashley. The music is full of experience, wisdom and warmth.