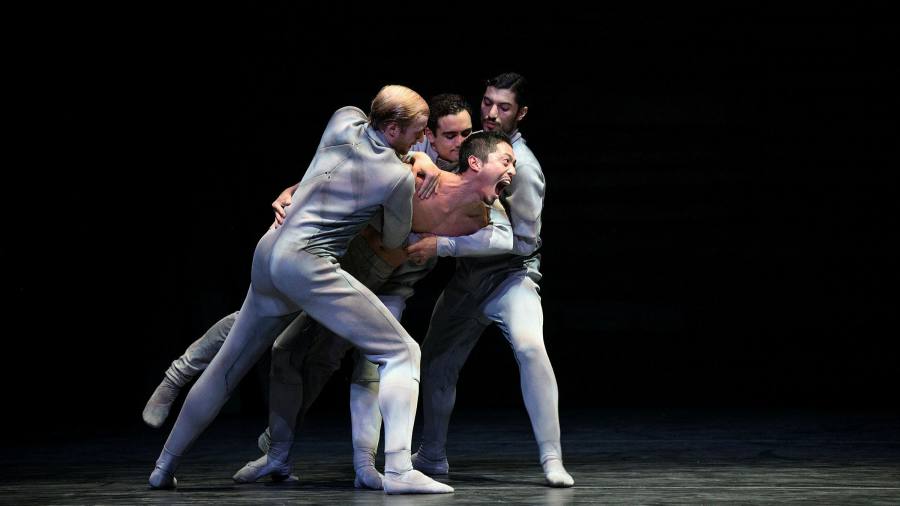 Get weekend inspiration with the best of life, arts and culture. Delivered every Saturday morning.

Heart sank when the English National Ballet announced plans for a new version of Frankenstein. Mary Shelley’s 1818 story of a shapeless creature progressively learning the ways of men is potentially dance-friendly – Balanchine’s Apollo opens up roughly on those lines, after all – but its rambling, intriguing tale has defeated talented dancers before. Wayne Eagling’s flashy version of the Royal Ballet in 1985 – the Emanuels dresses, the Vangelis score – was a stink, and Liam Scarlett’s lavish production all night of 2016 was lumpen, verbose, and uninvolved.

In this new adaptation, Akram Khan treats Shelley as a touchstone rather than a model, and borrows most of his story arc and dramatic characters from another landmark work of the period: Georg Büchner’s unfinished 1836 play. . Woyzeck, the grim story of a humble soldier’s descent into murderous madness. Khan and his usual playwright Ruth Little moved the action to a mysterious arctic research station, but their overly thought-out synopsis – apocalypse, global warming, final frontiers, Elon Musk – wouldn’t be apparent without a careful reading of the program note. .

Michael Hulls smart lighting helps us keep track of multiple interests. Vincenzo Lamagna’s disappointing score embellishes the brass and doom strings of the ENB Philharmonic with electronic beeps, an excerpt from Ravel Bolero and a variable speed loop by Richard Nixon congratulating the crew of Apollo 11. Tim Yip’s designs are impressive but strangely generic. The cladding of the wings and back wall with two-by-four planks doesn’t really make a sense of the place and nothing indicates the polar climate other than a slight puff of smoke every time one of the members of the l hatless and often barefoot crew come in from the cold.

Khan took care to design a distinctive movement language for each of his protagonists. There are high kicks and struts for the sinister Major (a splendid trick by Fabian Reimair), winding turns for the priest-like captain by Ken Saruhashi, and a set of pulse check patterns and tracking finger for Stina Quagebeur’s otherwise underwritten doctor. . Meanwhile, bottom left, Marie (Erina Takahashi) sadly wipes the floor.

Jeffrey Cirio’s shirtless creature dominates every vignette, his sinewy, sinewy physique making it easy to work on Khan’s polyglot vocabulary: quirky turns and stumbling runs alternated with sudden flashes of classicism. There is a beautiful duet for him and Andres (Victor Prigent) in which the watchful creature mimics and matches his friend’s movement. The tickling duet with Marie is another welcome change of mood until a switch is flipped and the creature gets ugly (if in doubt: mug your ballerina). Subsequently, Takahashi (who is raped again by the Major in Act II) by default to an anguished thrill and, like Juliette and Manon, spends her last duet as a rag doll in Cirio’s arms.

Despite these formidable performances, the narrative remains blurry and the characters fail to register. No one expects the creature to wander into a spot followed by a wave of applause, but any dance drama requires some sort of establishment plan to tell us who these people are, how they fit together. and why we should care.