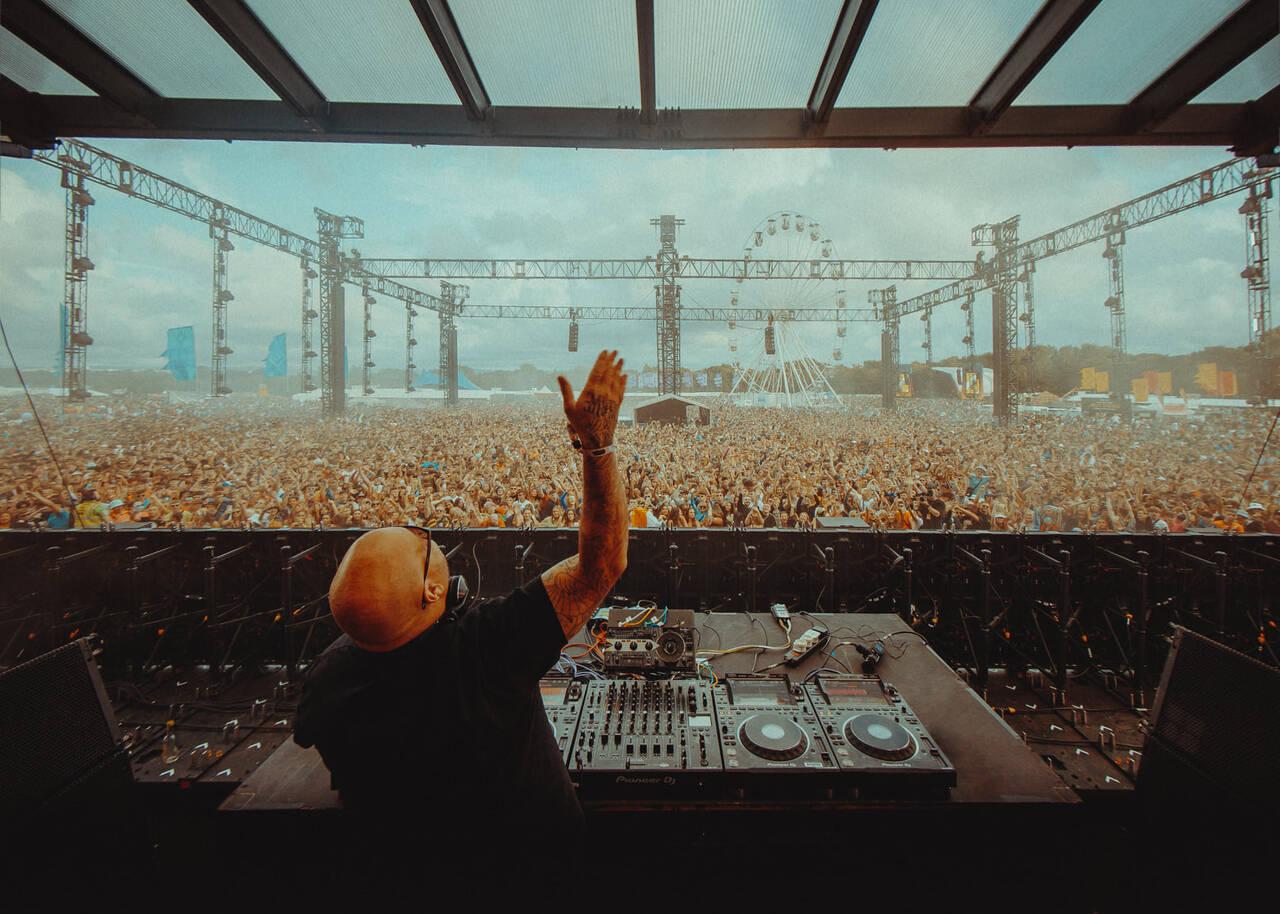 Alan fitzpatrick has had an illustrious career so far. Few artists can claim to have titled Berghain and had a hit on BBC Radio 1 during the day, but there aren’t many artists like Alan Fitzpatrick.

He is one of the most famous techno DJs in the world, having shared the stage with Carl Cox and Adam Beyer for nearly a decade, performing at some of the world’s most prestigious clubs and festivals. Known primarily for his raw and sharp sound, Alan has become one of the most versatile dance music producers., as comfortable releasing techno bangers on Drumcode as he does disco-infused house anthems, or experimental electronica under his alias 3STRANGE, not to mention his impressive array of collaborations (including CamelPhat, Skream and Jamie Jones).

Alan joins forces with famous British label Anjunadeep for its most ambitious release to date, and its first album in ten years, ‘Machine therapy. ‘ Alan is a proven global headliner and the founder of one of the UK’s most exciting new dance imprints, ‘We are the brave. ‘

The origins of the album and its name.

The name comes from the time Alan spent in his home studio, surrounded by equipment he has amassed over the years, with the machines serving as a form of therapy during the pandemic.

The time I spent in the studio was like a therapy session. Especially with the pandemic, not knowing what was happening, what the future might look like, what might happen on the scene; being able to get into the studio with no time constraints and just devoting my heart to making music really helped me get through the last year and certainly helped me keep my sanity in check – Alan Fitzpatrick

Alan brings together his various sounds on this album, combining techno, house, breaks and ambient in a single cohesive project. Drawing inspiration from the early days of rave for inspiration, as well as machinery, Alan fused sci-fi sounds with emotional songs and dystopian samples, which alongside works of art convey the listener in his cinematic musical world.

Fitzpatrick salutes the contribution of handpicked vocal superstars, highlighting the collaborative efforts of the project.

The songs and artists of the album.

‘CUT‘combines thunder-infused bass drums with the dark vocal tones of featured artist Kele, lead vocalist of Bloc Party, the jovial introduction of breakbeat rhythm sections and dazzling chord progressions is fanatically overshadowed by an in-line bassline. dazzling sawtooth, sliding this kaleidoscope arrangement through dark depths and galvanizing highs. Kele has a number of solo albums to his credit, his vocal contributions appearing on tracks from Sub Focus, Tiesto and The Chemical Brothers.

‘Bourgeois imagery‘is the result of two heavy hitters working together on a fusion of bass heavy with breakbeat energy and dystopian atmospheres. High Contrast, a drum & bass legend, combines his sound with the dark and gloomy atmospheres of Fitzpatrick. Since the early 2000s, High Contrast has been a legendary figure in the British drum and bass scene. A figurehead for the famous label Hospital Records, he remixed Everyone from Adele and London Grammar to Flume and Eric Prydz and made the soundtrack for the London 2012 Olympics in collaboration with Underworld.

LOWES ”A call to love‘intertwines a delicate arpeggiator tapestry with the cascading voice of the Manchester band’s lead singer. LOWES has collaborated on several tracks with some of the biggest names in dance music over the past year including CamelPhat, High Contrast, Franky Wah and Sub Focus. Many of these songs landed on Radio 1’s A list and racked up millions of streams online. Their music straddles electronic and emotional pop music.

The arrangement is carried fervently through the detailed layers of reverb and atmospheric synths by the undulating undertow of the low frequency of this track. The sporadic nature of Machine Therapy’s “Came Home” feat. Catrin Vincent ‘is an elegant highlight; the woozy vocal accompaniment is suitably matched with sullen pad tones and chirping bass sound design. The consistency of this album is remarkable as Alan brings together fragments of techno, breaks, house and ambient to create a glorious window into the inner workings of one of electronic music’s most exciting and established talents.