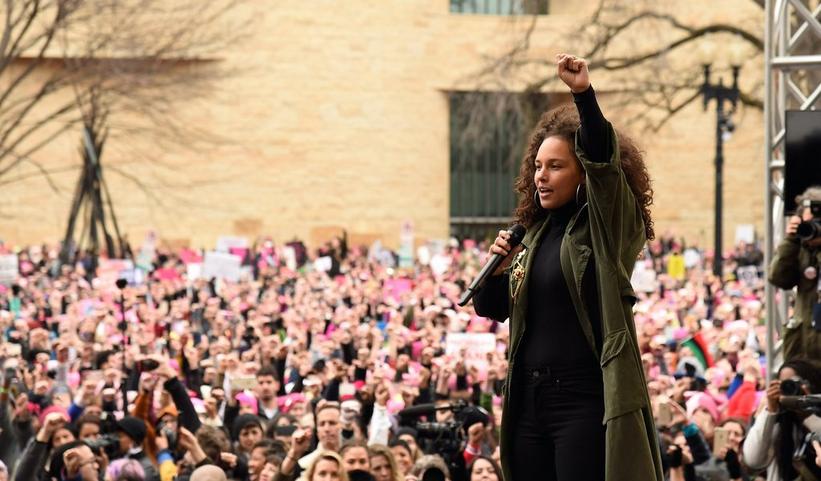 Although Johnny Cash passed away in 2003, he’s having a great year in 2012. The latest in a series of events honoring the Man in Black — a tribute to his 80th birthday titled We Walk The Line: A Celebration Of The Music Of Johnny Cash — drew a slew of GRAMMY-winning artists to Austin, TX for a lively Friday night show April 20 at Austin City Limits Live at the Moody Theater.

The spotlight went to Cash’s surviving Highwaymen brothers, GRAMMY winners Willie Nelson and Kris Kristofferson, who teamed up with Shooter Jennings (son of late GRAMMY-winning Highwayman Waylon Jennings) and Jamey Johnson in a reunion of sorts. on the song “Highwayman”. Beneath a large banner bearing an image of Cash strumming a guitar, flanked by two silhouettes, Nelson also teamed up with GRAMMY winner Sheryl Crow on “If I Were A Carpenter.”

Crow sounded almost like she was addressing Cash when she joked with Nelson: “I would definitely have your baby – if I could. If I didn’t have two more of my own. And if you weren’t not married. What if I wasn’t friends with your wife.”

Audience members cheered loudly, as they did for most of the show, a benefit recorded for DVD for Charley’s Fund for Childhood Muscular Dystrophy. Hours earlier, many of them had seen Nelson help unveil his new statue outside the theater, which is on a street that also bears his name.

The event was produced by Keith Wortman with GRAMMY-winning producer Don Was serving as musical director. They recruited Buddy Miller, Greg Leisz, Kenny Aronoff and new Rock and Roll Hall of Fame inductee Ian McLagan of the Faces as their house band. The handpicked list of performers ranged from Sam Beam of Iron & Wine, Brandi Carlile, the Carolina Chocolate Drops, Andy Grammer, Amy Lee of Evanescence and Pat Monahan of Train to Ronnie Dunn, Shelby Lynne, lead singer of Old 97 Rhett Miller, Lucinda Williams and even Austin actor Matthew McConaughey, who in addition to hosting sang “The Man Comes Around”.

“We wanted a really broad and diverse group of performers,” Wortman said backstage. “With Cash, you’re just as likely to find his music in a punk rock music fan, a heavy metal music fan, and a Nashville music fan, so he’s not just a country music guy.”

GRAMMY winner Monahan, who sang Kristofferson’s “Help Me Make It Through The Night,” commented before the show, “I think of Johnny Cash as a style, like you might think of clothes, music or whatever. It was his own thing. Nobody can really fully describe Johnny Cash.

“And no one could deliver a song quite like him,” Monahan continued. “He sang hundreds of songs by other songwriters and he made those songwriters important because of the way he delivered what they were saying. There’s not much I don’t don’t respect him, and I told his son [John Carter Cash] earlier that I’m almost more inspired by the love for his family than by his music.”

Lynne, who won Best New Artist GRAMMY in 2000, sang “Why Me Lord,” another song written by Kristofferson, and delivered a fiery duet with Monahan on “It Ain’t Me Babe,” said that Cash influenced “all of us.”

“We appreciate the majestic rebellion that Johnny has given all of us in the music world. And he’s also one of the great American icons of all time,” she added.

Among the performers who earned the loudest applause on a night full of high-volume appreciation were the GRAMMY-winning Carolina Chocolate Drops, the bluegrass quartet re-exposing the genre’s African-American roots. . Their rendition of “Jackson” was among many highlights. Earlier, co-founder Dom Flemons revealed Cash’s personal catalog inspiration.

“Johnny Cash’s music has had an impact on me as a rock and roll singer, country singer, folk performer and songwriter. I love everything he’s done,” he said. Flemons said.

His bandmate Hubby Jenkins added: “Johnny Cash was really great at investing emotionally in every song he sang.”

Co-founder Rhiannon Giddens said Cash’s heart was his voice and his subject matter, and no matter how much production was added, it never diluted his message.

Miller, who named his band after “Wreck Of The Old ’97”, a song popularized by Cash, said their intention was to sound like “Johnny Cash meets the Clash”. He also remembers always choosing “Ring Of Fire,” a classic inducted into the GRAMMY Hall Of Fame in 1999, on the tabletop jukebox during childhood visits to a Dallas restaurant.

“I didn’t know what it was, but I knew the guy singing it was singing it with everything he had,” Miller said, dressed in all black in tribute to “one of my heroes from all the time”. “And there was so much heart behind it, and so much conviction. And nobody could sell a song like Johnny Cash. He meant every word he said, and if he didn’t mean it, he made it sound like if he meant it.”

(Austin-based journalist Lynne Margolis currently contributes to American songwriter, the song of the day from NPR and newspapers nationwide, as well as several regional magazines and NPR affiliate KUT-FM’s “Texas Music Matters”. A contributing editor to The ties that bind: Bruce Springsteen from A to E to Z, she has also previously written for Rollingstone.com and Pastry magazine.)