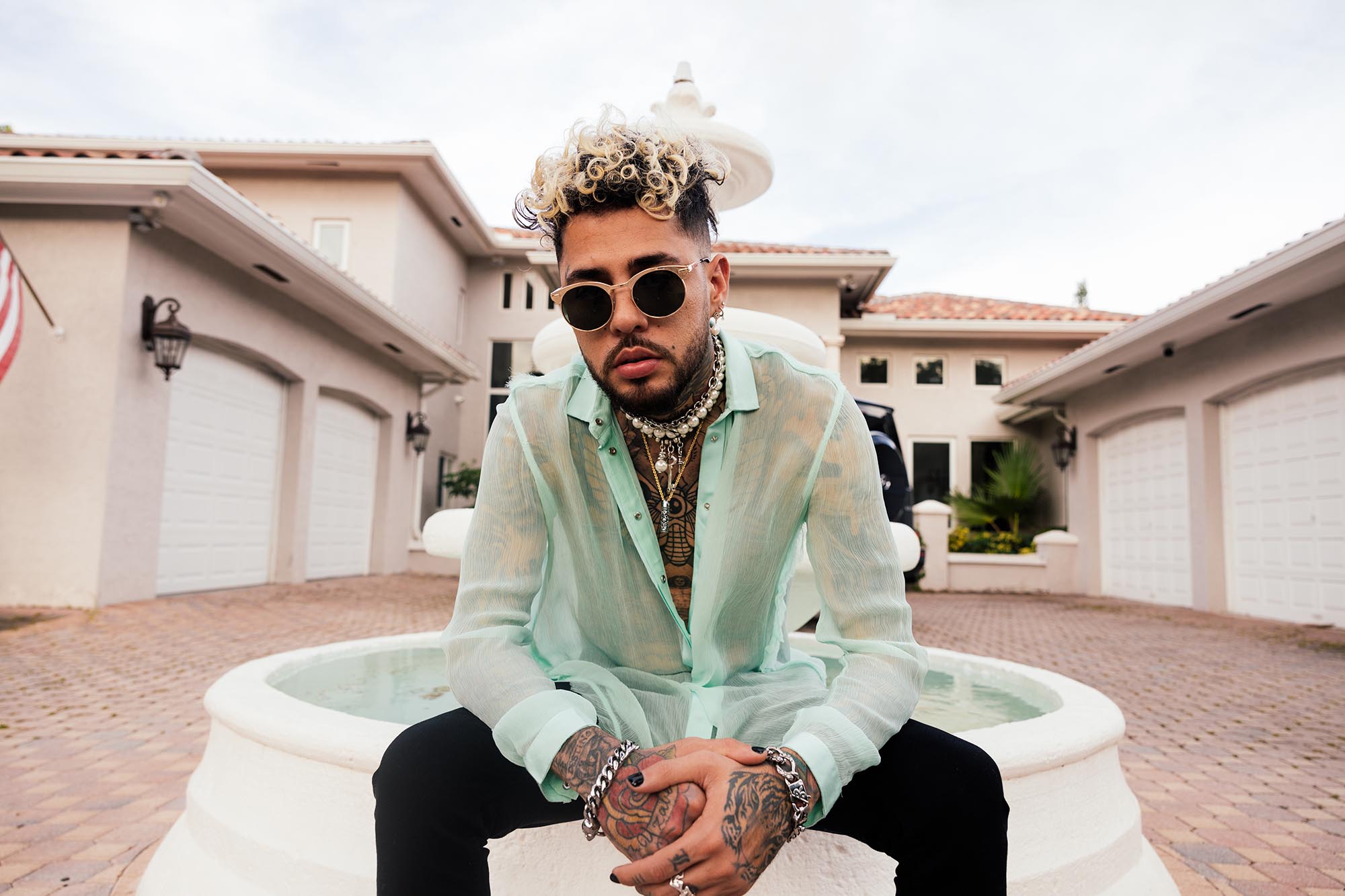 Dalex’s new album, Unisex, opens with “Oh Ma,” a dubby cut that captures the upbeat, EDM-inspired direction reggaeton has headed for – only the Puerto Rican singer, whose style has always been heavily indebted to R&B, softens the corners with its lighter voice delivery. In the rest of the album, the music is more provocative, risky and lustful than ever, although Dalex is bustling with dance-oriented beats. “I wanted to make it a little different from my past projects,” he said on a recent Zoom call from Miami, mentioning the years 2019. Climxx and EP 2020 Airplane mod. “It’s faster and sped up – my music has always been a bit slower, so I tried to speed things up without losing that Dalex flair.”

The singer, who began making music with the duo Jayma and Dalex, worked on the album for almost two years, recording in Panama, Puerto Rico, Miami and the Dominican Republic. The spirit of these places can be felt through the sounds, as well as in a list of contributors that includes Wisin & Yandel, Jay Wheeler and Zion Y Lennox. Singer Favela teams up with Dalex for the acoustic ballad “Favorita”, while “Machina de Tiempo” features Rauw Alejandro and Lyanno exchanging melodies on a futuristic production.

Below, Dalex shares more information on the inspiration behind the album, the many places that influenced his sound, and the unpredictable directions he sees reggaeton heading.

You started with the duo of singers Jayma and Dalex. What did you learn from this experience and how has it influenced your goals as a solo artist?
It was a great experience. If I hadn’t experienced these moments as a duet, I might not be here now. It was part of my process and I loved everything we did together. It helped me learn to share ideas with other people in the studio, because as a duo we had to find things together and make sure we both liked the sounds. It allowed me to learn to work with others and to collaborate better. My goal as an artist has always been to give people great music that they can enjoy and have fun with, and it’s a little more sultry – it’s always been something you can dedicate to someone. one of special. There are still a lot of things that I want to do and accomplish as a solo artist.

The album is called Unisex. What is behind the name, and how does it relate to what is sounding on this album?
Unisex was born out of the idea that it’s music anyone can enjoy, no matter who they are. It’s music for him as much as music for her, it’s for everyone. My essence will always be reggaeton and R&B, but on this particular album I added a lot of different touches: 80s styles, dancehall, ballads. I wanted to give people as much variety as possible, and that’s also part of why I made the title Unisex, because there are all kinds of music for all tastes. It’s varied, and I’m really happy with that aspect.

There’s a lot of electronic influences here, which is a direction reggaeton has been headed. What do you think of these electronic fusions in reggaeton, and what did you want to add to it?
I think everything is like a cycle and it comes and goes. A few years ago, when Wisin & Yandel released that electronic sound – hits like “Sexy Movimiento” – and Arcangel with “Chica Virtual”, this whole style comes back. This was missing for a while, but it refreshes the genre and makes sure we stay on top of things. I think it’s something special that reggaeton has: we are always reinventing ourselves and creating new sounds. Right now it’s a style that people really appreciate, but I’ve tried to make it my own and do it Dalex style. There is also a lot of R&B. I’ve loved R&B since I was little, and even when I try not to, it’s there. It’s something natural in me. Even if I do EDM or whatever, there will be R&B in there. It’s part of who I am – it’s kind of inevitable.

This sensuality is present in your texts, which are romantic, even provocative in some cases. What is the songwriting process for you?
When I am in the studio making music, I am guided by the rhythm. I sort of mumble and just try to catch the flow. Then, when I write lyrics, I constantly try to find things that people can relate to, obviously in my own way, more sensual. R&B, like I said, is part of who I am, and R&B is very sensual. I try to create stories that people can connect with, just with that pizzazz. This is what my fans like and what they ask of me.

You are traveling while recording the album. How have the places you recorded shaped the sounds here?
We create the album in Puerto Rico, Santo Domingo, Miami, Panama. It was a lot of different countries because I worked on these songs for over a year before making selections for the album. During this year and a half, I have been to all these different places. I work with a lot of Panamanian artists – Dimelo Flow, Jhon El Diver, I know a lot of people from there. In Santo Domingo we spent a lot of time there and spent a bunch of days with producers and artists there. The party atmosphere and all that comes from there. And then obviously Puerto Rico, the roots of reggaeton – most of the inspiration in my case is from Puerto Rico. I live there, I’m still there, so it always comes naturally to me. And in Miami, I love that people always party and have fun, which is why the album has that party flow. There is also a lot of feeling, but there are a ton of songs to dance to.

What other sounds do you want to try in the future?
I would like to rock. I would like to make a little bachata, which I like. I also really like this emerging style of drill music, it’s a little more underground, but it’s going up and I’m in it. In the genre, there are always so many reinventions going on, so maybe there is something new coming out that I will try. It’s really unpredictable, and it’s hard to say where the genre is going – if I had to say “Oh, this is going in that direction,” I would speak just for the sake of speaking. Right now we are seeing people getting into this EDM wave, which is a bit faster, but it could be that after people get tired of listening to fast paced stuff, more ballad style music becomes. big. Maybe something more romantic. At the same time, it could go towards old-school reggaeton. It’s hard to say. … I think there is a lot of room for the genre to develop. It’s at his best time right now, but he can still grow a lot.