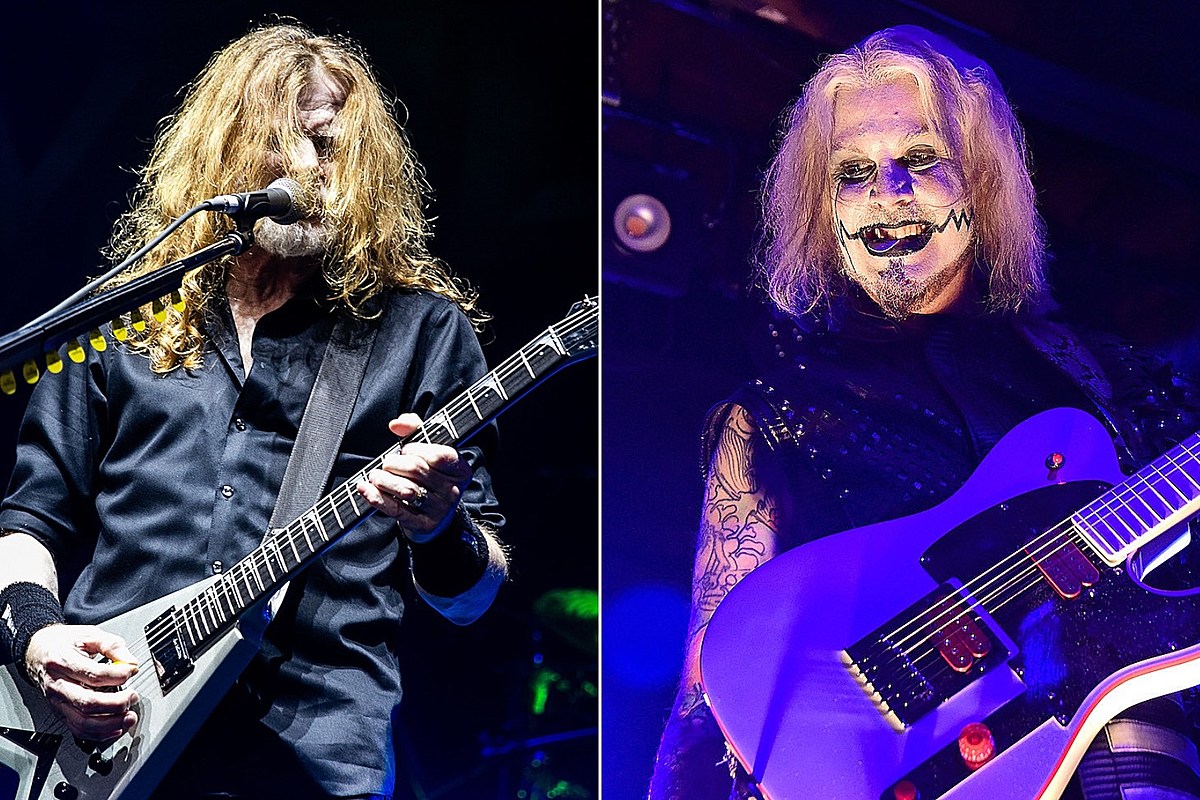 Guitar virtuoso John 5 has collaborated with an impressive number of hard rock and metal elites throughout his career, and he will add another formidable name to the roster of his next solo album: the frontman of Megadeth, Dave Mustaine.

50-year-old guitarist born John Lowery has shared details about his new LP, titled Sinner, in a recent Los Angeles radio interview 95.5 KLOS, which you can watch below. The album, which releases on Halloween, will also feature original KISS drummer Peter Criss.

“I’m very excited about it. It’s all instrumental, like my crazy stuff that I do,” John said 5 KLOS host Marci Wiser. “We have Peter Criss playing drums on ‘Georgia On My Mind.’ And we just finished it yesterday – hope no one is upset, I’ll talk about it – but we have Dave Mustaine doing a little vocal stuff. Because we have these little vocal hooks in the songs. So it’s super cool. And Dave did it And it sounds so good. I love Megadeth so much, so I was like, “Oh my God . We have to see if Mustaine will. “And he kill he.”

John 5’s list of collaborators reads like a who’s-who of rock and metal royalty. The Ax Man got his first big break playing guitar for David Lee Roth on the singer’s 1998 album DLR tape. From there, he continued to perform with industrial shock-rocker Marilyn Manson until 2004. After breaking up with Manson, John 5 teamed up with fellow shock-rocker Rob Zombie in 2005 and continues to perform. with the Hellbilly Deluxe star to date.

A proud member of the KISS Army, John 5 has also collaborated with guitarists Paul Stanley and Ace Frehley on their solo albums. He recently made his debut with LA Rats, a supergroup with Zombie, Motley Crue bassist Nikki Sixx and drummer Tommy Clufetos (Ozzy Osbourne, Black Sabbath). The quartet released a cover of Geoff Mack’s 1959 country classic “I’ve Been Everywhere”, which appeared in the Netflix movie. The ice road.

Fans of John 5 can grab the shredder on his solo tour starting next month or witness a double dose of heroic guitar when he backs Yngwie Malmsteen on the road in November and December.