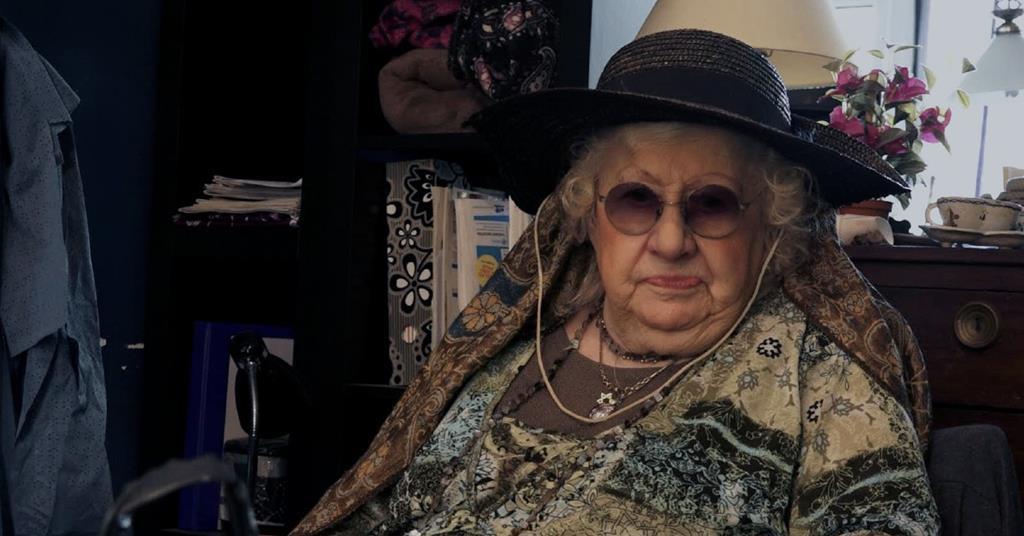 By nature, this is a small-scale production: Housewitz places the viewer in Lous Hoogendijk-De Jong’s house, or, to be more precise, the bedroom-living room and kitchen area which includes all his universe. Lous, a tough and hot-tempered Dutch non-Onogenerian, is the director’s mother and a stern agoraphobe who hasn’t left this sealed space for decades. Initially, Lous allows a film crew to enter and reluctantly agrees to talk about her past: but this only resuscitates the horrors of her youth in a Nazi prison camp, and she orders her daughter to move in. a webcam instead.

The Holocaust didn’t end in 1945 for those who survived

Lous is not only agoraphobic: she has an aversion to humanity, which she euphemistically calls social phobia, but in reality, she has had it with the human race. Cursing and funny, belligerent and yet oddly upbeat at times; when a Christmas tree arrives, she shouts: “I’m enjoying it right now!” Later, in the sun of her garden, dressed in blinds and a funky straw hat, she will express her love for electronic dance music. But as the title suggests, Lous is a prisoner of her past – in which her beloved father and brother were murdered by the Nazis in death camps and she herself was deported to Westerbork in the Netherlands. . She is haunted by dreams in which she never finds the way home. And now she never leaves him.

Taken by Go2films, based in Tel Aviv, during its first IDFA, where it participates in the new section Envisions, Housewitz is a case of content over style. It’s a one-woman show, mostly shot on a webcam, and the story isn’t pretty. Yet it is important: perhaps, as Lous accuses him, the process is invasive, but she knows that it is important for society to bear witness with her until the end. The Holocaust did not end in 1945 for those who survived.

Lous’s adult children appear by chance, and there is a feeling that their testimony could have helped put his life into more specific context. Viewers will have to imagine what it was like growing up with her and know that it couldn’t have been easy. Upon request, she remembers the terror of Oeke’s birth, when the sick child was taken to hospital for six weeks – it was not known if she would survive her illness. Lous expressed breast milk for the child’s father to take her to the hospital, but she never visited her daughter: she just couldn’t leave the house.

Now Lous is traveling through her television set – she has a whole audiovisual installation. She makes journeys by train on television, the clicking of the rails recalls the way to the camps. She visits the world this way (“South Africa was boring to death,” she says.) It’s enough for her. She bottles everything, piles up her emotions, seals it all with an airtight lid, but Auschwitz and her deceased father and brother are still with her, Westerbork is just as present in her rooms as the cat, her only companion.

After the war, she and her mother never spoke again about what had happened – not a word. As the film draws closer to Holocaust Memorial Day, we see that all of her bravado is thin as paper, she accumulates a psychological response to events that pervade her fragile sense of security. Attentive viewers will find clues that Lous is much older than she looks and passed away last year. One consoling thought is that the pandemic wouldn’t have changed his life: his world was locked in 1942, and psychological bars never reopened.