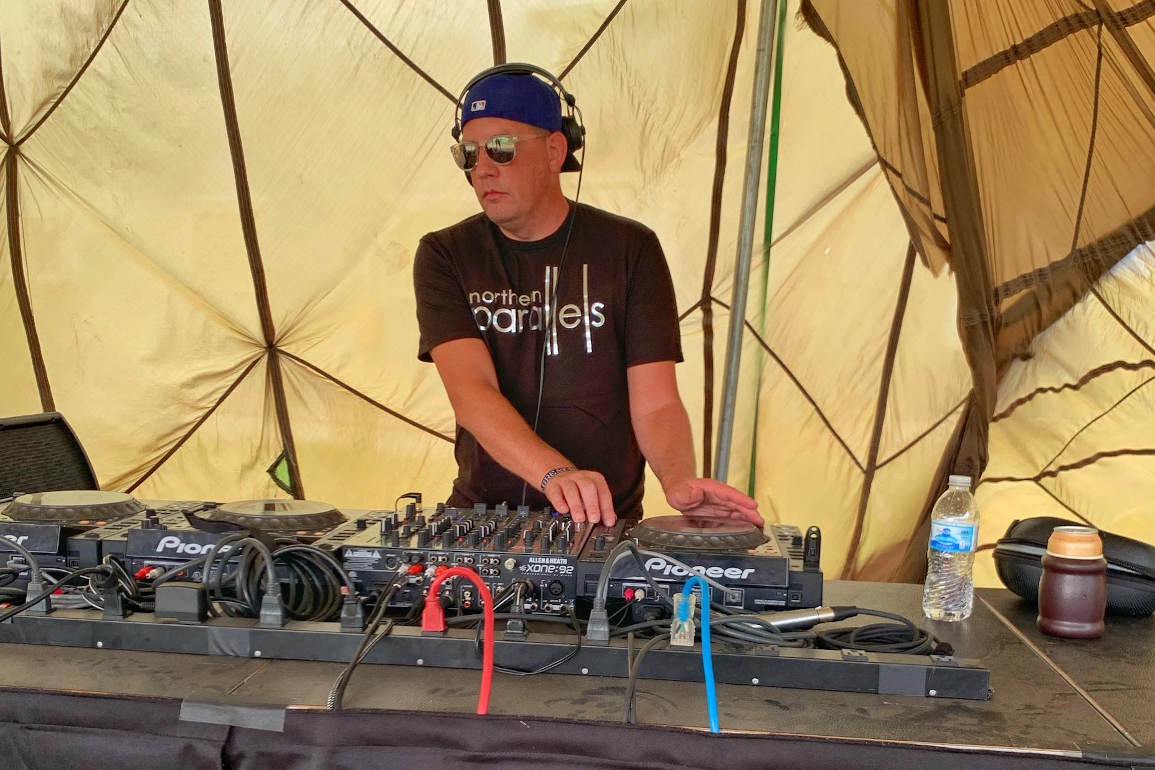 In December 2016, Adam “Higgy” Higgins and Mike Derer hosted the first Northern Parallels event. It was before a record company, before the promotion of the event, before the series of dance evenings.

“It was a crazy night, the weather was not in our favor, it was a blizzard with winds over 40mph and temperatures well below zero,” Derer wrote in an interview via e- mail. “I seriously considered turning around a few times and heading home because the roads were practically impassable.”

However, he made the trip, as did a host of other people who traveled 30-40 miles to get to the show.

“From that point on, it was a series of events held every month and helped develop an audience that adapted to the music and started loving it. ”

While the pandemic has not had much impact on the labeling aspect of Northern Parallels, the planning and promotion of events has changed over the past two years. During the warmer months, they were able to resume organizing events in the Rozz-Tox outdoor garden space on Rock Island.

“The outdoor area is spacious enough and everyone followed the mask-wearing and social distancing instructions. It went really well, ”Derer wrote, but added that it also limited their ability to invite artists from out of town to perform.

The duo have been asked to bring their “deep, trippy and hypnotic dance floor music” to many venues, including the Figge Art Museum in Davenport, which has led to a series called Figge Underground. They’ve collaborated with venues in Chicago, organized underground events and club nights.

But after their New Years Eve fifth anniversary show this Friday at Rozz-Tox, Derer and Higgins take an indefinite hiatus.

At the Rozz-Tox New Years Eve event, attendees can expect a combination of house, techno and electro music. Derer hopes that people attending a Northern Parallels event for the first time will have an open mind when it comes to electronic music.

“Maybe some genres are not for you which is good, we all have certain flavors that we love. Choosing the music I play is important to me; I still dig, I buy music – and [I] Hope people enjoy the way the music progresses and tells a story, or for some to just dance, let them get lost for a few hours.

Derer said he and Higgins couldn’t imagine their last show somewhere else.

“Rozz-Tox is a unique place and a hidden gem,” he wrote. “It’s a place that you don’t come across very often and even in the biggest cities.

Rozz-Tox requires a mask to enter and proof of vaccination or a negative COVID-19 test for events.

“It’s important, not only to me, but I believe in everyone who comes out,” Derer said, “knowing that they take the pandemic and the virus seriously”.

It also adds to the comfort of musicians and fans on tour, as one of Derer’s main goals for his music is for listeners to let go of the outside world while they dance.

Northern Parallels’ New Years Eve show will also be the last event at Rozz-Tox until February, as the venue will use the winter season to renovate the space. The show starts at 8 p.m. and ends at 1 a.m., with a cover charge of $ 10. Masks and proof of vaccination or a negative COVID-19 test dated less than 3 days before the event will be required for entry.

Thoughts? Tips? A nice photo of a dog? Share them with LV »[email protected]