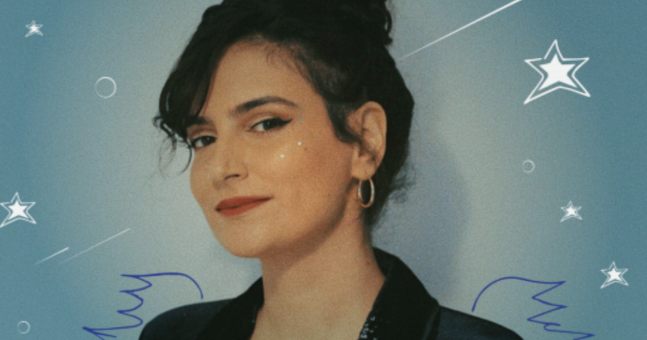 Illustrated by Beirut-based Lebanese artist Amy Chiniara, the video “Winti Hon” (“When You Are Here”) sees the Palestinian musician’s voice paired with beautiful designs and pink tones. An origami paper boat travels across lands and rivers as Shamshoum’s voice reigns supreme in the background. The song is part of Ruba’s April 2021 EP Risha, produced by Grammy nominated producer Alev Lenz and supported by the AM Qattan Foundation.

“The song ‘Winti Hon’ – in Arabic for ‘When You Are Here’ – revolves around the feeling that home is where love resides – how the world feels like a better place when we are close to the people we are. love, ”Ruba told Hot Press. “Amy captured this visually using a letter that goes on a journey, transforming into different shapes and traveling the world, returning to its original form upon arriving at its final destination – the hands of a loved one. Amy was not only a pleasure because everything was artistically flowing, but also a testament to the professionalism of a person under difficult circumstances. “

“Amy and Ali Dalloul (the editor) worked on this video in Beirut, sometimes between blackouts due to the huge electricity and fuel problem in Lebanon, among other shortages of essentials caused by a corrupt government. “, adds Shamsoum. Ruba and Amy have both experienced extreme turmoil in their home countries over the past few years, with genocide, corruption and poverty as pillars.

“Making this video was very special, we were able to collaborate and work together remotely, despite the geographic boundaries that were imposed on us, preventing us from actually meeting in person in our countries of origin. We defied the distance. and the colonial, man – created boundaries and were able to create together beautiful and meaningful art, art that, at its core, is about human connection.

Currently based in London, Ruba was born and raised in Nazareth, Palestine, before moving to Ireland to study jazz. Drawing on her strengths as a jazz singer, Ruba’s fluid vocal harmonies move through multi-layered instrumental soundscapes. Embodying her raw yet refined style, Ruba deliberately celebrates her native Arabic language while effortlessly switching from one genre to another. Ruba premiered her second track on the EP, ‘Sununu’ in February, later gaining worldwide traction with the release of her music video.

Ruba approaches and promotes the discussion of sanity, love and loneliness through her lyrical scope of storytelling. Each of his songs reshapes the identity of Arabic music by providing a new wave of emotional musical communication. Incorporate live instruments and electronic sounds to provide a spectrum of emotions, Risha confidently expresses vulnerability, life and love in all of its colorful complexities.

As a singer and songwriter, Ruba composed the soundtrack for the feature film When I saw you, releasing the best indie charts hits in North Africa and the Arab region. This ultimately led Shamshoum to give a TED talk titled “Being Creative in a Society That Worships the Past”, hosted by the London Business School.

While studying in Ireland, Ruba became an active member of the Irish jazz scene; the writing, arrangement and self-publishing of his first album, Shamat (Beauty Spots) in 2017. In light of her success, Ruba worked closely with Palestinian poet Farah Chamma to write the music and lyrics for ‘Mai w Dai (Water and Light)’, a performance presented in London , in January 2020. Shamshoum continues to bring his contemporary, innovative and genre ideas to listeners in Europe and the Middle East by celebrating the Arabic language.

Check out the beautifully animated video below for “Winti Hon”: