RÍO PIEDRAS, PUERTO RICO — It’s midnight at Casa Cultural Ruth Hernández Torres, a historic house that serves as a cultural and community center. Blue and pink lights flash as Ana Macho takes to the dance floor. Pink sunglasses and sportswear, surrounded by dozens of fans swaying to the rhythm of the Caribbean, the artist sings about freedom, survival and economic and social justice.

“This is the paradise that is Puerto Rico, but whoever lives here cannot live it,” says Ana Macho, whose original song “Blin Blin” embodies that message.

A local celebrity as a drag queen performer since 2016, Ana Macho identifies as a non-binary person who celebrates gender diversity. As an unconventional but rising star, the artist represents a new wave of reggaeton, the genre of Latin dance music that has traditionally embraced hypermasculine and heterosexual standards.

The style originated in the 1990s as a fusion of reggae, dance hall, hip-hop and electronica. It became a worldwide phenomenon, with growing fanbases in India, Egypt and South Africa. Since the genre was already violating social conventions about appropriate behavior, the emergence of “queer reggaeton” was inevitable, says Patricia Velázquez, co-director of the Hasta’ Bajo (All the Way Down) project, which studies and documents reggaeton.

The change started with pioneering women – including Lisa M., who came out of the closet via a Facebook post in 2010, and Ivy Queen, who received an award from the Gay and Lesbian Alliance Against Defamation in 2008 – and has become most common with Bad Bunny, a man who bends the sexes and who has been the most listened to artist on the Spotify music platform for two years. In Puerto Rico, protests against alleged government corruption, misogyny and homophobia in 2019 inspired a wider range of emerging artists to write and perform on social issues.

For female wrestlers, the fight has only just begun

“[Reggaeton] is an x-ray of how people live in Puerto Rico,” says Velázquez, predicting that gender-nonconforming artists will continue to grow in popularity, influencing each other and their fans.

“It’s a musical genre closely linked to irreverence, which attracts many oppressed bodies: female bodies, queer bodies”, says Ana Macho, who had wanted to break into reggaeton for some time, but “didn’t know how to the music “. of my reality.

The pandemic gave the final boost: in the solitude of confinement, the artist experimented with writing and performing original music, which then attracted thousands of Instagram subscribers and views on YouTube.

“How could I make music from my authentic and [have] people like it? Ana Macho remembers thinking at the time.

One of Ana Macho’s fans, Carlxs Sepúlveda Lespier, a young transgender woman and activist, was inspired to write her own songs, which she hopes to record.

“It allows us that kind of assertiveness, that aggressiveness, that ‘I’m here, I’m not bad, don’t criminalize me,'” she says. “It’s mostly things I want to tell myself.”

For male reggaeton singers like Justin Cintrón, who performs under the stage name Juztiin White, the transition from a macho style to a more inclusive ethos was unexpected, but not necessarily unwelcome.

“It’s a genre of music closely linked to irreverence, and which appeals to many oppressed bodies: female bodies, queer bodies.”Ana Machonon-binary reggaeton singer

“It’s something new, it’s shocking, it’s something that can give a lot to say,” he says. But that’s part of the evolution of music, he adds, and part of each artist’s creative freedom.

These cultural shifts have also provoked backlash from conservatives, including the Proyecto Dignidad (Dignity Project) party, which elected its first legislators to the Puerto Rico Senate and House of Representatives in 2020. party, Raymind Ruiz, said nearly half of its members are 35-year-olds. and younger who do not see Puerto Rican family values ​​reflected in artists and lyrics that promote homosexuality.

“It’s not culturally or traditionally [common] in Puerto Rico to see a woman with a mustache, with unshaven armpits, or to see a man with a shiny suit,” he says.

Conservative Puerto Ricans have also opposed reggaeton for objectifying women, Ruiz says. With queer reggaeton — and the increased visibility of gay and transgender Puerto Ricans in general — their concerns are that children shouldn’t be exposed to confusing ideas about gender and sexuality, he says.

“We don’t reject the reality of diversity,” he says. “We know it’s part of the human process right now. But we start with the biological reality that a man is a man and a woman is a woman.

But queer and transgender Puerto Ricans say seeing themselves portrayed, even in a musical form that has become famous with chauvinistic characters and lyrics, can save lives.

Puerto Rico ranks 22nd out of 56 U.S. states and territories in terms of laws and policies that support the lesbian, gay, bisexual, transgender and queer community, according to the Movement Advancement Project, a U.S. nonprofit think tank that promotes equal rights. According to 2019 United States Census Bureau estimates, Puerto Rico has over 6,400 same-sex couple households. Based on a 2015 survey of its LGBTQ community, conducted by researchers from the Medical Sciences Campus of the University of Puerto Rico and George Washington University, more than 70% of respondents had experienced violence or discrimination at school, at work and when using health services.

In recent years, activists and progressive political parties in Puerto Rico have proposed several measures to improve safety and increase acceptance. In January 2021, Governor Pedro R. Pierluisi declared a state of emergency due to an increase in gender-based violence, effective until June 2022. A proposal to ban conversion therapy, already banned by a previous executive order from the governor in 2019, was defeated in a Senate committee vote in May. 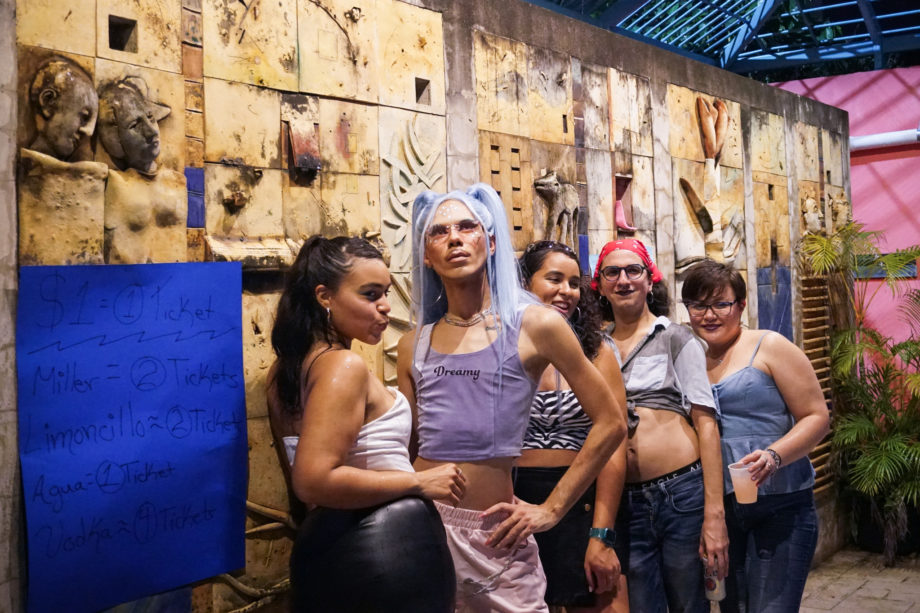 For Ana Macho, Sepúlveda and other public members of the queer community, legislative efforts are not moving fast enough. “It makes our lives uncertain, which means our mental health is uncertain,” says Sepúlveda.

“In Puerto Rico, there is a lot of fear around what is different,” says Ana Macho. “Before, we had to listen to other people’s music, but now we have our own music. That’s what I think is important in what’s being done.

This growing diversity of reggaeton performers and fans has led to the creation and expansion of businesses, bars and parties where queer people gather to listen and dance to music that represents them. In these safe spaces for “jayaera” – a slang term for the pursuit of happiness and empowerment – ​​they can converge without judgement, find community and celebrate their individuality, says Ana Macho. “Now we see how the genre has started to break its own shackles in the way reggaeton is voiced, the things it talks about.”

Reggaeton culture “is changing”, says Ana Macho, “and the intention is to keep changing it”.

Fresh off her critically acclaimed debut album JAMIE, Montell fish announced their first US headlining tour A Night With A Ghost and released a new single “Hotel”. The tour will support JAMIEdeserved praise from Billboard and The New York Timesand landed him his late night television debut on The Tonight Show Starring Jimmy Fallon. The […]

[ad_1] A reality TV makeup artist who spread Covid-19 in North New South Wales is isolated in Sydney while more members of the I’m A Celebrity team … Get me out of here ! rush to get tested. Kelly Bowman, 31, has been accused of failing to follow public health orders and using QR registration […]