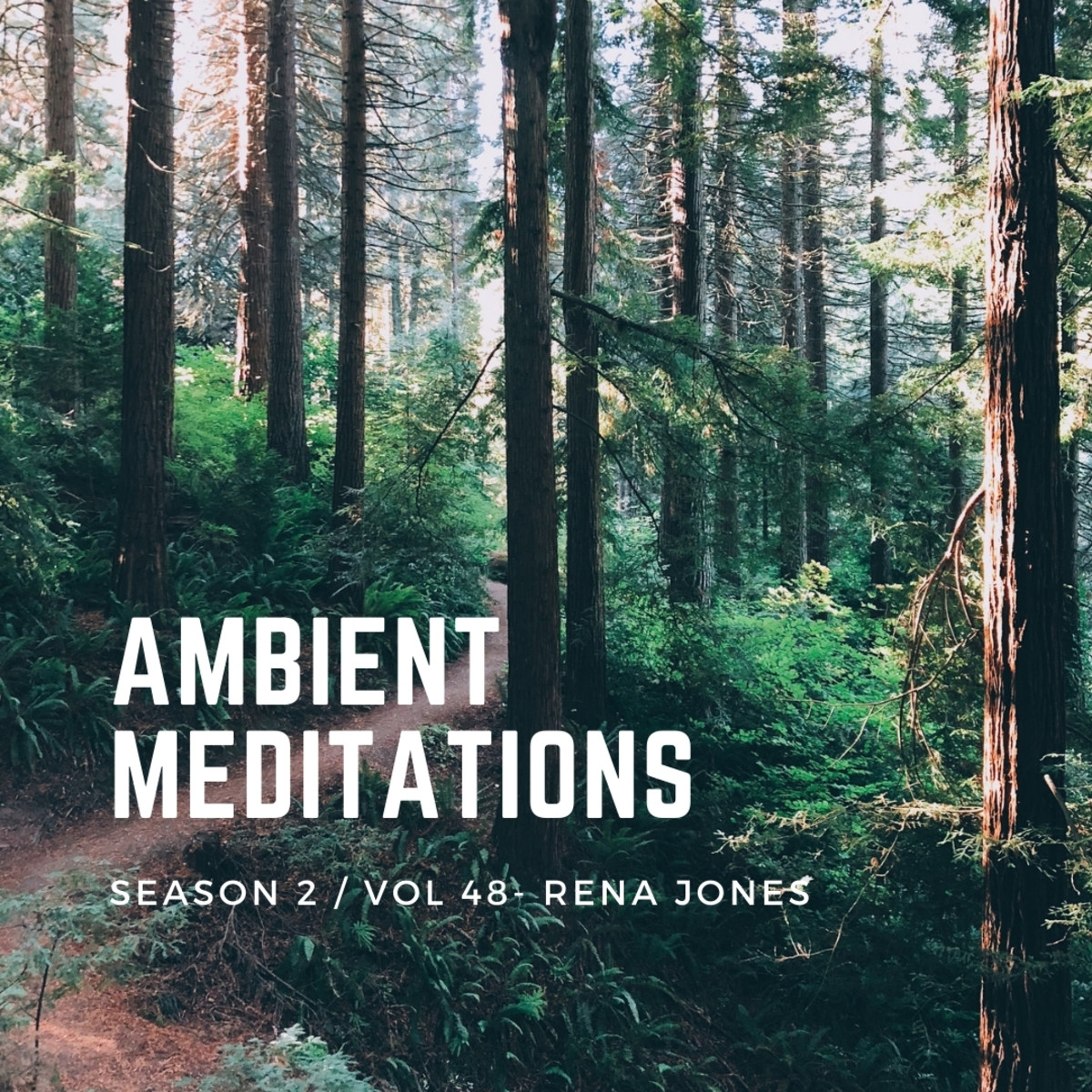 Our full podcast series is available on these great platforms and on Mixcloud + Soundcloud – below at the end of the article is our full ambient meditation series and our Spotify playlist which is updated weekly:

Getting back on the road after Labor Day isn’t an easy task, especially when it still feels like summer (well, technically it is). To help you downgrade into fall work or back to school or whatever issue you’re trying to tackle, we’ve brought in Emancipator collaborator Rena Jones. Her new single “A New Dawn Awaits” was released today, and you can check it out below, and her full album will be released on November 5th. The album is called Allegories and that’s just in time for the long computer screen rooms, the holiday shopping clicks, the cold weather, and of course, the post-Thanksgiving has for all Americans out there. So kick back in your weekend with this cute blend from Rena Jones – it pairs well with pumpkin ale, don’t hit it until you’ve tried it!

Discover other blends from the Ambient Meditations series HERE

Multi-instrumentalist and sound engineer Rena Jones is a force to be reckoned with. At 30, she has over 30 collaborative albums, 3 full solo albums, 20 years of classical violin study and 12 years of cello, and she is considered one of the leading women in audio engineering today. “-Strings Magazine 2007His vast background in music and sound engineering spans a colorful spectrum. As a freelance writer, she composed music for the award-winning Dance Dance Revolution video game and Adobe software, as well as designing patches for Twisted Tools and Keith McMillen Instruments. She also worked for Avid, supporting the development of Pro-Tools audio software. As a sound engineer, she mixed for Beats Antique, co-produced, designed and mixed Lynx’s album “On the Horizon”, designed in Sylvia Massy’s legendary RadioStar studio, Recombinant Media Labs in San Francisco and Metway Studios in Brighton, UK. Likewise, she has collaborated on projects as an engineer in her home state of Oregon at Wildwood Studios, Cloud City Sound and her own private studio. Passionate about musicians’ rights and the state of the industry, she is also a voting member of the Recording Academy in the Producers and Engineers wing and is currently a District Attorney at the Recording Academy. Known for her unique ambient electronic chamber music, Rena has released original compositions on groundbreaking labels such as Loci Records, Disco Geko, Iboga, Spun Records, Aleph Zero, 1320 Records, Addictech, Ultimae and Schematic Records, while directing her own Cartesian label Binary records.

In her extensive audio catalog, two of Rena’s studio albums were chosen among the 25 Best Essentials of the Year on Echoes Radio in 2006 and 2009, and her recent collaboration release with Emancipator and Flowerpulse was featured on Echoes Radio in 2021. With over two decades of experience as a seasoned studio musician, Rena’s much sought-after strings playing has brought her to albums with Emancipator, STS9, edIT (Glitch Mob), Funckarma, Beats Antique, Sophie Barker and Grammy nominated artist J. Viewz. Building on his love of collaborative music from his recent experiences with “Echoes”, collaborations with artists Sophie Barker (Zero 7 and Groove Armada), Matt Robertson (Bjork, Lamb, Batt for Lashes) Earl Harvin ( Seal, Air), and following the success of her collaborative album “Xylem” with Emancipator and Flowerpulse, Rena delivers a powerful new album “Allegories”, her most live and collaborative album to date. With lifelong collaborators including multi-instrumentalist Jeff Thomas Potts, Jason McKenzie on tablas, Asher Fulero on drums and Marc Sciglimpaglia on live bass, Rena continues to evolve her unique approach to electronic and organic instrumentation. “Literally one of the best experimental artists out there composing tracks right now. Layers and layers of experimental electronic goodness, the focus is constantly shifting from tracks to bridges to rhythm and back again, using sounds in Ableton Live with which many others would have difficulty, but instead forms an analog / virtual opus. ”-Women’s Radio

The sixth full album by Rena Jones – ‘Allegories’, is a sonic and emotional exploration of the transformative power of storytelling.

This year, it has already enjoyed wide support from personalities such as FIP, KEXP, Echos, WorldwideFM and Openlab on radio, in addition to several Spotify editorial placements through its recent collaboration with Emancipator.

Similar to music, storytelling is a unique and beautiful way to engage with history, art and culture, continuing the tradition of Rena’s concept albums, ‘Allegories’ delves deep into sound design with music as a metaphor and allegory. The new album draws heavily on Greek mythology and classic allegorical tales, with the ultimate journey left to the listener.

Rich in sonic multiverses that unfold with unyielding beauty, “Allegories” is a historic addition to Rena’s catalog of moving and uplifting music.

She evokes the relaxing and introspective vibe of the Viennese school of chillout and lounge music, but the sound is imbued with her own unique classical and global influences from her well-mastered string experience. The result is a wonderful plethora of styles happily coexisting in a relaxed scene.

I felt inspired to write “Allegories” researching stories that imagine a better future, while understanding the unique power of music and art to transform culture. Struck by this simple thought, that we have to imagine a better future before we can start creating it, I hope to inspire listeners to become curious about how to dream of a better world, while drifting through a deeply immersive experience, emotional and powerful. sound journey. Unlike metaphors, parables, or stories, allegories are unique in the way they can be applied to multiple concepts. I wrote “Allegories” for you, the listener, to find your own story in the crevices of melody and sound that I have carefully crafted.

“Art is not a mirror held out to reality but a hammer with which to shape it.“Bertolt Brecht