Her sparkling dress and hairstyle glistened in the sun as festival-goers young and old danced to everything from Supremes hits to tracks from her latest album. Read the full review below.

★★★★☆
The sun shone, thank you goodness – the Sunday afternoon legends slot would be less legendary in a downpour (Ed Potton writes). Diana Ross drew a crowd to rival Paul McCartney the night before, proving once again that pedigree has the power of attraction for young, old and in-betweens.

Ross came out for I go out, soberly dressed in a sparkling dress, a diaphanous shawl and a headdress of sprouting feathers. Her voice is finer these days, but it still sparkles – she was certainly in better shape than she was at the Platinum Jubilee. She still has the shoulder-shaking moves too.

Backed by a tense and funky band, Ross gave us a series of Supremes-era soda fountain classics early on. Baby Love’s childish sentiment was somehow still plausible from the 78-year-old, while Stop in the name of love the crowd had raised their hands to “stop” like a horde of traffic cops.

Then a jump to the 80s and the glorious disco anthem written by the Bee Gees Chain reaction. “We’re talking about love,” chanted the audience, who were rewarded with an explosion of pink confetti.

Ross’ outfit had a carnival feel, complete with a headpiece

Ross gave us the hits in a way that a certain former Beatle refused to do. It was perfect for the exhausted bonhomie of a last day. “I have so many songs about love,” she cooed.

There were sighs when she introduced new material, but even that was up to snuff. Thanksthe title track of his last album, was a languorous piece of soul-disco while If the world had just danced was the kind of Latin-tinged putty that Gloria Estefan whipped out in her pump.

By the time Ross arrived at Mahogany theme (Do you know where you are going) the voice was getting a little temperamental but it got its mojo back on a closing jam that took two covers, There’s no mountain high enough and I will Survive. Even the security guards were dancing in formation. 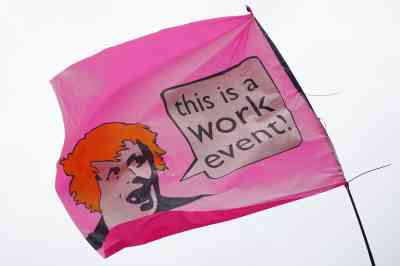 No doubt the political leanings of your average Glastonbury fan (writes Kaya Burgess). A Times survey of 1,100 people who attended the festival on the day of the EU referendum in 2016 (which took several hours and a clipboard) found that 83% backed Remain, making it the most country’s anti-Brexit.

This year, one flag depicts Boris Johnson kissing Crown Prince Mohammed bin Salman of Saudi Arabia and another declares “f*** Boris”. A Greenpeace stand features a photo of Rishi Sunak telling festival-goers to ‘pin their energy bills’ in the image of the Chancellor, while comedy and electronic music duo Cassetteboy played a song titled Boris Johnson is a [very rude four-letter word not suitable for a family-friendly news article] to loud cheers. Many flags joke that the festival is ‘just a working event’ while one declares Glastonbury to be ‘the biggest party since Downing Street 2020’. 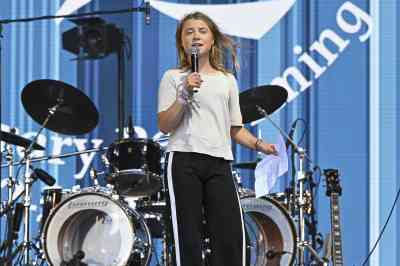 Andy Burnham was among Labor politicians on the bill at Billy Bragg’s left field tent for a political debate, while Greta Thunberg’s attacks on ‘liar’ world leaders were cheered at the Pyramid Stage. The anti-establishment vibe runs deep with graffiti on a fence about Prince Andrew, which it’s safe to say wasn’t meant to be a compliment. But it’s fair to say that the politics are far from ubiquitous – the spirit is perhaps best captured by a flag declaring “Great friends together again” and, to a lesser but not entirely inaccurate extent, “Let’s put us naked”.

George Ezra review – only the sniffy might not be conquered 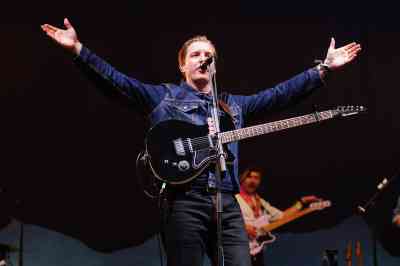 George Ezra stopped to teach the crowd lyrics, but they already knew them by heart

★★★★☆
“The least secret gig ever,” sighed the guy next to me in a crush on approaching George Ezra’s unannounced performance on the John Peel Stage (Lisa Verrico writes). This is not a crowded tent – ​​half a hill even fought to reach the entrance to the pitch.

“Eight years ago I was releasing my first album and performing on this stage,” the singer said sporting double denim with the name of his new album, child of the gold rush, in gold on his jacket. “They asked me to come back and I said to make sure it wasn’t a complete secret. Maybe let a few people know…”

Those who grumble that the permanently sunny Ezra isn’t really Glasto fare looked foolish. The parents had camped out front all day with their children – two youngsters had to be taken out to avoid being stepped on. Each song was a mass chant. A dance group of seven musicians, including a trio of backing vocals also playing brass, was brilliant. The not-so-secret performance attracted a large number of people

Okay, smiles were sometimes too much. Ezra smiles while singing. The band smiled as they played. Even the guy who brought guitars smiled. But old-fashioned joy is Ezra’s calling card and only the sniffy might not be won over.

Cassy O was stopped halfway for Ezra to admire the crowd: “Magnificent” – of course. Pretty bright people was paused for the singer to teach fans lyrics they already knew by heart. After Listen man Ezra asked the tent to cheer on a kid named Thomas holding a sign with his name near the front.

Back on the hill, the screenless performance was nearly impossible to hear. But fans could hear other fans further away screaming Heaven, blame it on me, Green Bold Greens and Shotgun. A crowd singing with a crowd. It’s a Glasto first?

Pyramid Stage gears up for Diana Ross and Kendrick Lamar

Half the punters at Glastonbury have just woken up and the other half haven’t gone to bed (writes Ed Potton). However, we will not dwell on the latter. It’s a family show.

Instead, let’s talk about Paul McCartney’s headline last night, which to me was a bit of a curse’s egg. Way too many wings and solo songs (The junior farmanyone?) from the start and his voice is very fragile, bless him.

But he turned it around in the end with a little help from his friends: Dave Grohl, Bruce Springsteen and a virtual John Lennon. 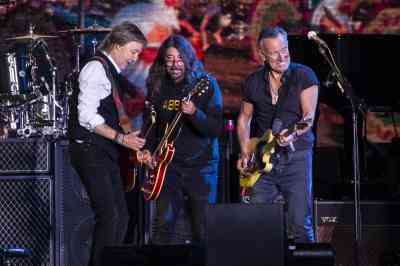 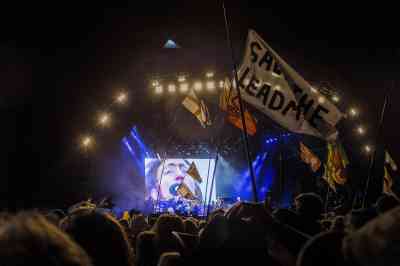 You can watch a recap of yesterday’s other acts, including Haim and Liam Gallagher’s High Flying Birds, below.

The Last Day arrives at the 50th Glastonbury

welcome to The temperatureSunday’s live coverage at Glastonbury, where Diana Ross and Kendrick Lamar are among the big names to perform. This afternoon, the crowd was awash with blue and yellow flags as Ukrainian folk band DakhaBrakha took to the Pyramid Stage. 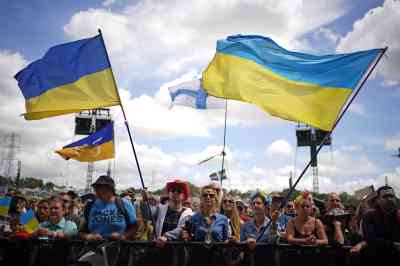 [ad_1] Meduza and Hozier team up for touching ‘Tell It To My Heart’: listen The Grammy nominee Italian trio Meduza have ignited the world of electronic dance music since their single ‘Piece of your heart ‘ propelled them onto the world stage just over two years ago, which put them to the top of the […]

Virtual Electronic Music Festival (Live Stream) and Cloud Club Marketplace The research report is a wide-ranging analysis and Impact of COVID19 on the world market and the in-detailed information with segmentation has been added in this intelligence report. In this report, a comprehensive analysis of the current global market of the Global Virtual Electronic Music […]

[ad_1] If you haven’t joined our wallet family yet, then it’s time you jump in because we’re launching some great benefits and we’ve launched our new music store with rare vinyls, sold out CD mixes and even the occasional rave mixtape of yesteryear available only to coin holders. What’s wrong with the $ MMAG? 1. […]