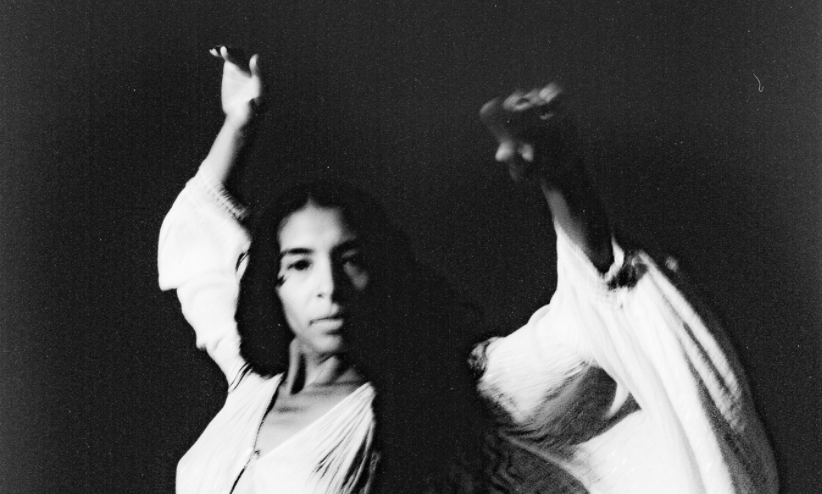 Under the Stars is a near-weekly column that features new music releases and a number of other related articles. Have fun!

It took a pandemic for Oakland artist Chrystia Cabral, who records under the nickname SPELLLING, to self-produce her most extravagant project to date. The spinning wheel is fleshed out by an ensemble of 31 collaborating musicians who use an unlimited assortment of vivid acoustic sounds. The release has been delayed for almost a year. But maybe it was OK that the wrinkle gave way to a more affable rendering of a creation as heavy as air.

The 12-song double LP is split into two halves; “Above and below.” Baroque textures dominate the first section and macabre Gothic tones fill the second.

SPELLLING triumphantly makes a heavenly twisted and risky pop masterpiece by Fellini, arriving fully stocked with all the tunes of the amusement park with haunted mirrors to tremble.

The track “Boys at School” is marked by a tension that lurks in plain sight, right under the wandering bassoon tracks and the charts of horror film guitars. But it is still Cabral’s haunting voice that moves the project forward through all the caves, hills and valleys in which SPELLLING fearlessly works its spells. Welding soul, pop, psych, goth and ambient in a devouring velvet meditation, she provides a shining example of how black music can be done in 10,000 different ways.

Los Angeles-based Ramona Gonzalez from Berkeley and Oakland who records under the nickname Nite Jewel to release album No sun, later this summer. Her first LP in four years was recorded the day after her 12-year marriage broke up. In 2018, she found herself drifting from a friend’s couch to a friend’s couch while studying for her doctorate in musicology at UCLA. The album is shaped by her studies of the musical lament of women in ancient Greece who saw female voices express community and personal grief. Across eight tracks, Gonzalez considers what it means to be a professional mourner.

Along with the announcement, Gonzalez shared the vulnerable lead single, “This Time,” which is inspired by Prince’s “Purple Rain”. The electronic guitar acts as a “direct ode” to the legendary artist.

A press release tells us that through a spacious and regular production, Gonzalez evokes a “deep loneliness”. The album’s instrumentation oscillates between sparse synths and dizzying experimental soundscapes and, while the album can be interpreted as electronic dance music for an era of death or mourning, it is also a “celebration.” fervent of life ”.

In the past, Nite Jewel has produced synth-pop creations and slow dance-floor jams, which prefer the experimental presentation. Her appearance on the Heat Rocks podcast allowed the artist to share why she is so obsessed with Kraftwerk’s flagship album. Computer world.

While most of the time her music is seriously interested in challenging specific categorizations, she crushes it with her contagious winning formula “hooks for the days”.

When 30/70, the Melbourne-based collective, choose to do it, there’s a good chance it will be done very well.

Their surprise single “Tastes Like Freedom” is a stable nine-minute builder of disco, jazzy vibes, pastel funk, and sultry bliss that’s so ready to create that damp slice of chaos over 15’s returning sound systems. -months of isolation.

According to singer Allysha Joy, “’Tastes Like Freedom’ is about expressing your desire and your sexuality openly, freely and proudly. To be perfectly myself, to feel restrained and secure, but unlimited in body and mind, and to feel even more in love when I am accepted and accepted, that tastes of freedom. She has a taste for freedom.

Over the past few years, 30/70 has grown into a supergroup, with Allysha Joy, Ziggy Zeitgeist, Josh Kelly, and Matthew Hayes all thriving as solo artists and group leaders. With the support of Gilles Peterson, Carista, Jamz Supernova, Jamie Cullum, Tom Ravenscroft, Alex Nut, Children of Zeus & Mary Anne-Hobbs, it is a collective to be reckoned with at every turn. Be on the lookout for a remix package along the way.

Two very significant EPs by Theo Parrish will be available on rekkids vinyl via a new pressing of his Sound Signature imprint. Smile, a dual-pack version, includes selections of a 1997 12-inch of the same name, as well as all of the 2001s Dreamers Blue / Lost Angel.

Smile follows the release of a 12 inch Theo Parrish, Maurissa Rose and The Unit called “Special Versions”, which featured an alternate version of Theo and Maurissa Rose’s vocal cut “This Is For You” and a cover of “Ain” by Skye ‘t No Need “from Parrish’s band, The Unit.

Sound Signature will be released Smile in mid-July. Book it here.

Speaking of reopening the dance floors, there isn’t a more hardworking, knowledgeable, and bullshit DJ in town than Mr. Vinnie Esparza. The 20-plus-year-old vet soars while selecting, mixing, educating, uplifting and just shaking butt all night long to authentic music. He’s the avatar of this Mndsgn sample of “the right song at the right time”, and he’s even known to entertain other DJs, sometimes administering informal tutorials.

I personally watched [hothead local DJ talent] whom I won’t name, step into a DJ Vinnie Esparza concert, listen to gospel music, watch the swing dance floor and leave faster than the air of an instantly deflated balloon.

Vinnie Esparza is a real one, and fuck, SF is lucky to have him. Check out his “Dusty Diamonds” mix with DJ Aware for proof of life. Stream here.

Mr. Esparza and DJ Aware will be holding Go support every first Thursday at The MakeOut Room from 10 p.m. to 2 a.m. on Thursday July 1st. It’s free, fool.